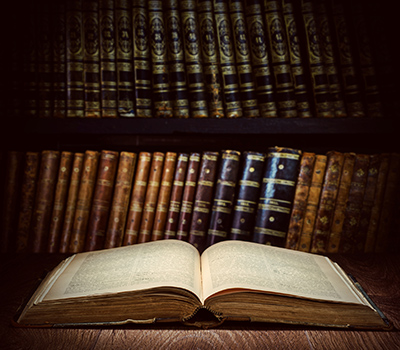 The history of the Turkish Society of Colon and Rectal Surgery is written here by our honorary president, Prof. Kemal Alemdaroğlu M.D. ; also, the list of our previous board members is presented chronologically.

After the congress of the American College of Surgery in San Francisco in October 1981, I did examinations at UCLA (University of California Los Angeles), Cleveland Clinic, New York Hospital and Cornell Medical Center for 3 months as Visiting Professor and returned home and started to apply what I had observed (Stapler Anastomosis and Partial Mastectomy).

Especially in Cleveland Clinic, the development of Colorectal Surgery as a separate department and its active position in world surgery led us to the idea that we should approach Colon and Rectal Surgery in our country meticulously, and brought about holding the 1st National Proctology Congress  in Marmaris Lidya Hotel on 13-16 of September 1982 under the presidency of my late teacher and head of the General Surgery Department of Cerrahpaşa Faculty of Medicine, Prof. Adnan Salepçioğlu M.D.

Upon the decision to hold the National Surgery Congress in Istanbul in 1984, it was thought that it would be more appropriate to hold the Proctology Congress in 1986 and thus, the 2nd National Proctology Congress was held on 15-18 of September 1986 in Datça. K. Morrissey from New York Hospital, USA and H.N. Nixon from the UK attended our congress, where University, Military, State, SSK (Social Insurance Instituton-SSI) and Private Hospital General Surgeons from every region of our country took part.

On September 26-29, 1988, the 3rd National Colon and Rectal Surgery Congress was held in Marmaris. Our congress, attended by H. Groitl from Germany and R. Springall from England, had also become a meeting of friends, especially for our colleagues who were interested in bowel surgery. Thus, in line with the suggestions of many of our colleagues in the closing session of the congress, efforts to establish an association were initiated and before our congress in 1990, our society was established and we started to publish our scientific journal named 'Colon and Rectal Diseases' under the editorship of Prof. Kemal Alemdaroğlu M.D. , as 4 issues a year.

As the Society of Colon and Rectal Surgery, we held our first congress, the 4th National Colon and Rectal Surgery Congress on 10-14 of September 1990 in Kemer-Antalya. The most important part of the congress, which was attended by Buess from Germany and D. Rosin from England, was D. Rosin's knowledge and experience on Laparoscopic Cholecystectomy, which he had just started to apply, and Buess's statement to a tool company that he designed instruments to be used in Laparoscopic Surgery and his remarks on doing regular classes on cholecystectomy in their clinics and also him explaining the TEM (Transanal Endoscopic Microsurgery) application as a semi-closed system.

Thereby, our Congress was the first congress where presentations and discussions were made about Laparoscopic Surgery in our country and the innovation of this century in Surgical Method has guided many of our colleagues.

Our 5th National Congress of Colon and Rectal Surgery was held in Girne, TRNC on 13-16 of September 1993 with the participation of N. Williams and D. Rosin from England, B. Gathright and K. Morrissey from USA, NS Shang from Singapore who made the congress scientifically, socially and culturally very rich.  The participation of the TRNC President Mr. Rauf Denktaş in our cocktail also gave meaning to our congress.

On 10-14 of September 1995 in Belek-Antalya while holding the 6th National Colon and Rectal Surgery Congress, the name of our association was changed to the 'Turkish Society of Colon and Rectal Surgery' with the decision of the Council of Ministers of the Republic of Turkey. To our congress; MRB. Keighley and D. Rosin from England, V.W. Fazio, M. J Hershman, R.R. Dozois, C.I. Filipi, R. Shaker, N.S. Ambrose, K. Bach, G. Rodrigues from the US, and V. Schumpelick and M. Mentges from Germany attended and participated in refined discussions with our colleagues on different issues. In the meantime, for the first time, a separate section was allocated to surgical nurses in our congress, and they were able to discuss their scientific and social issues.

The 7th National Colon and Rectal Surgery Congress was held on 10-13 of September 1997 in Kemer-Antalya. The participation of M.J. Hershman, V.W. Fazio, R.R Dozois, and R.J. Fitzgibbons from the US; R. Phillips and D. Rosin from England; V. Schumpelick and B. Mentges from Germany enabled us to address in our congress all current issues of bowel surgery.

The 8th National Colon and Rectal Surgery Congress was held on 13-16 of September 1999 in Kemer-Antalya. J. Terblanche from South Africa; J.W. Milsom, P. Goldenberg, K. Morrissey, R. Dozois from the US; G. Ekelund from Sweden and L. Bresler and J.M. Muller from Germany attended our congress and discussed in detail the problems of bowel surgery with our colleagues.

The 9th National Colon and Rectal Surgery Congress was held in Kemer-Antalya on 9-13 of September 2001 as a Joint Meeting with M.S.C.P (Mediterranean Society of Coloproctology). V.W. Fazio, J. Milsom, D.A. Rothenberger, J.A. Dipalma and I.T. Khubchandani from the US; A. Shafik and O.El Sibai from Egypt; D. Rosin from England; M. Pescatori, S. Larach and A. Amato from Italy; G.Ekelund from Sweden; G. Buess and V. Schumpelick from Germany; attended aur congress which had a very high scientific level, and in which our Secretary General Prof. Ergun Erdoğan M.D. was elected as the Secretary General of the Mediterranean Society of  Coloproctology.

The 10th National Colon and Rectal Surgery Congress was held on 07-11 of September 2003 in Kemer-Antalya. G. Buess and V. Schumpelick from Germany; I.T. Khubchandani and F. Remzi from the US; N. Habubi from England; İ. G. Karaitianos from Greece; Z. Krivokapic from Serbia, A. M. Hussein and M. Farid from Egypt; A. Amato from Italy participated and discussed the Colon and Rectum diseases and current treatment methods with our colleagues.

The 11th National Colon and Rectal Surgery Congress was held on 26-30 of August 2007 in Bodrum. R.Beart, V. Fazio, R.Bergamaschi, F. Remzi, I.T. Kubchandani and J.W. Milsom from the US; R. Phillips and N. Habubi from England; E. Tiret from France and Van de Velde from Belgium attended our congress. Our congress was strong scientifically and socially. The most important issue the Congress brought to our country was Robert Beart's proposal to grant a scholarship (30,000 USD per year) on behalf of our society to a young surgeon to be elected by our Board of Management to study and research at his University. As the Society Management, upon the applications, we chose Bilgi Baca from Cerrahpaşa Faculty of Medicine Department of General Surgery. I believe that the success of our friend and the positive effects his success will ensure the continuity of the scholarship.

As a society; we published books on “Colon, Rectal and Anal Area Diseases” (Editors: Kemal Alemdaroğlu, Tarık Akçal and Dursun Buğra, 2004) and “Hemorrhoids Disease and Treatment” (Editors: Adil Baykan, Mehmet Füzün and Abdullah Zorluoğlu, 2007) for our young colleagues.
In 1990, we started to publish the 'Journal of Colon and Rectal Diseases' as 4 issues a year, as I mentioned before.
We held Regional Meetings with the surgeons of that region in our provinces of Bursa, Denizli, Diyarbakır, Erzurum, Trabzon, Samsun and Gaziantep.
In recent years, the Colorectal Surgery Department has been planned by our Society in National Surgical Congresses.
At the General Assembly of the Society in 2007, I gave the summary of our 25 years of work to our members and colleagues and thanked them, leaving the Management Duty to our young friends.