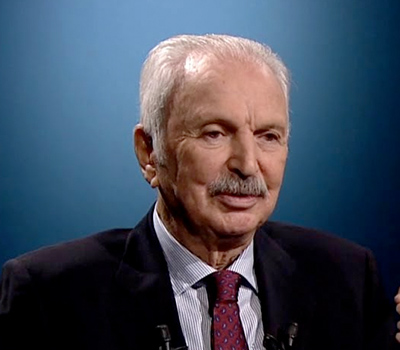 The Turkish Society of Colon and Rectal Surgery unanimously elected Prof. Kemal Alemdaroğlu M.D. as its honorary president at the General Assembly dated 12.12.2007.

He was born on February 13, 1939 in Trabzon. He completed his primary, secondary and high school education in Trabzon. Alemdaroğlu, who graduated from Istanbul University’s Faculty of Medicine in 1962, served as a Board Member in the Faculty of Medicine’s Student Association and in the Istanbul University Student Association between 1956 and 1962. In 1962, he started to work as an assistant in Cerrahpaşa’s 3rd Surgical Clinic. During this assignment, he also served as a Board Member of the Assistants' Association, and after that, he worked for 15 months in Mönchengladbach, Germany in 1966.

Alemdaroğlu, who became a general surgery specialist in 1967, served as a Faculty Board Member between 1970-72 as the Assistant Representative. He performed his military service at Kayseri Military Hospital between 1973-74. He received the titles of 'Associate Professor' in 1972 and 'Professor' in 1978.

Between 1979 and 2002, he was a member of the Second Specialization Board of the Forensic Medicine Institute. Between 1982-83, he served as the Vice Dean of Cerrahpaşa Faculty of Medicine and as the Head of the General Surgery Department. Prof. Kemal Alemdaroğlu M.D. served as a Board Member of Cerrahpaşa Faculty of Medicine between 1982 and 1985, as a Board Member of Istanbul University between 1994 and 1998, and as the Rector of Istanbul University between 1997-2001.

Honorary Chairman of the Turkish Society of Colon and Rectal Surgery, Prof. Kemal Alemdaroğlu M.D. who was the Head of Cerrahpaşa Faculty of Medicine’s Medical Sciences Department between 1995-2006, retired on February 13, 2006.